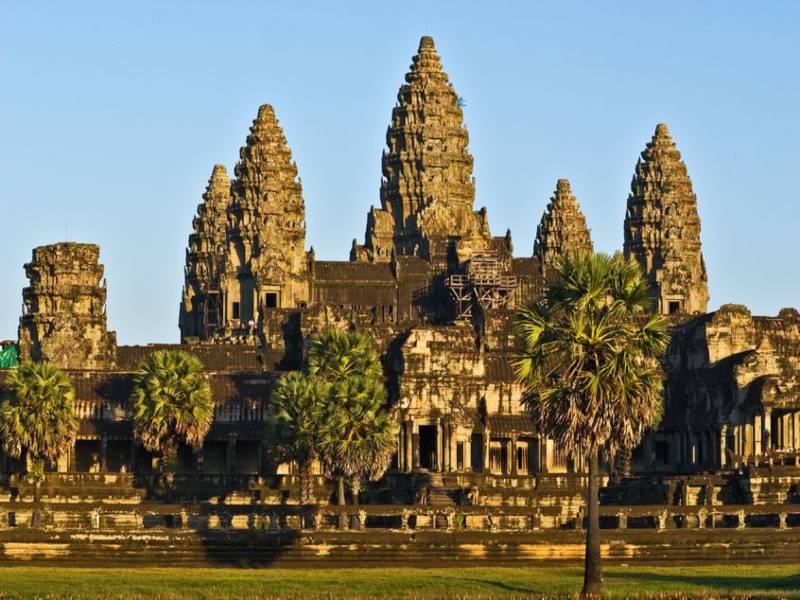 Visiting Siem Reap, Cambodia, can be a great experience. However, there are a lot of things that you should know before you decide to take a trip. The best way to do this is to read up on the area. By doing this, you can make sure that you’re getting the most out of your trip.

Angkor Wat tours are a must-do if you’re planning to visit the Cambodian city of Siem Reap. The temples of Angkor are a UNESCO World Heritage Site. You’ll need to arrange your tickets in advance. The best time to visit Angkor Wat is in the dry season. This is from June to November.

You should also visit the Angkor National Museum, which has an impressive collection of Buddha statues. The museum also offers insight into the great Khmer Empire. There are also many other exhibits to see.

Located in the south-east of Siem Reap, Ta Prohm is an ancient temple. It was originally a Mahayana Buddhist monastery called Rajavihara. It was built in the late 12th and early 13th centuries. In 1992, Ta Prohm was inscribed on the UNESCO World Heritage list.

Ta Prohm temple is one of the most famous temples in the Angkor region. Its location makes it easy to visit. You can get to Ta Prohm by tuk tuk in about 30 minutes. It can also be reached by bike in about 80 minutes. You can rent bicycles for about US$3 to $10 per day. Some hotels and hostels provide bicycles free of charge.

Located in the town of Kampong Phluk, the Floating Village is a collection of three Khmer villages that sit on stilts, making them appear to be floating in the water. It is a popular tourist destination. The floating village is home to around three thousand Khmers who live on the banks of the Tonle Sap lake.

The Floating Village is a great example of Cambodian life in action. It is home to thousands of people who live on stilts, make their homes on fish farms, and harvest crops during the dry season. A boat trip through the village will give you a glimpse of life in the area.

Located on the road that connects Siem Reap and the Angkor Wat temple complex, Charles de Gaulle Boulevard is not only home to many cultural attractions but also shopping malls. It is also home to several luxury hotels. For tourists who wish to have a memorable time in Siem Reap, this street is an ideal place to stay.

The Old Market is an excellent place to go shopping, especially for souvenirs. This area also boasts of the city’s famous night market. It is also a great spot to get some food. The night market is a must-see when in Siem Reap.

Located near the city center, the Angkor Wat ticket office is easy to find and accessible by bus, tuk tuk or taxi. Getting there isn’t too expensive either. You can also opt to book a tour. It is a fun way to see the temples.

Located in Siem Reap, Cambodia, the Siem Reap Quad Bike Adventure promises a truly beautiful exploration of the land of Angkor. The best part is, the tour is run by a team of young Cambodians. This company promises the best service in town. They offer a 2-hour package that includes a tour of the city, lunch and an optional stop at the temples of Angkor Wat.

The company is run by a team of ten young Cambodians who all have some sort of college or university affiliation. The company has a social distancing policy as well as staff that are dedicated to health and safety. The quad bike is an easy to ride, fully automatic machine that can go off road and in most cases on the same roads that other cars drive on.

Among the many religious traditions in Cambodia, Buddhism is the most widely practiced. It has many parallels to parallel traditions in Thailand and Sri Lanka. However, it has little in common with the popular forms of Buddhism in the West.

Buddhism has been a significant part of Cambodian public life. It has influenced education, sports, art, and economics. It also has a strong ethical component. The monks who follow Buddhist teachings are rewarded for their good actions with merit.

Theravada Buddhism is the most widely practiced religion in Cambodia. It has its roots in Sri Lanka. However, it was also widely adopted by the Khmer people. During the period of the Funan Kingdom, various kinds of Buddhist groups competed with the indigenous animistic religion.